Languages are probably the most basic extensions. Language files can be packaged in two different ways: either as a Joomla! core language pack, or as a language pack for an extension.

These files mainly consist of keys/values or strings. These strings allow the translation of the static texts that are assigned to Joomla! source code. These language packs will impact both the Frontend and the Backend.

In the Language Manager (select Extensions → Language Manager) you can choose which language will be the site's default language, for the Frontend, but also for the Backend.

The language packs will be very useful if you want to build a multilingual website for example (see the Multilingual Site chapter for more information). These packs allow you to automatically translate the site's strings, such as "read more, forgot password, login, etc." in Frontend and also all the menus in Backend for example.

How to install a new language?

With Joomla 3, you can install the CMS language packs directly from the administration, you don't need to download them beforehand. To install a new language, select Extensions (1) → Extension Manager (2) → Install languages (3). You'll be taken to the following page:

You will find all the language packs available for Joomla!.

4 - Select the language(s) you want to install.

Select again Extensions → Language Manager and you will see the new installed language(s). New strings can be added during a Joomla! update. If it is the case, the language pack will first need to be updated by the translators team, then, you will receive a notification telling you that an update is available. All you'll have to do is install the update from the site's Backend.

You may want to change a language string on your site. Suppose that you want to display "Continue reading..." instead of "Read more". To do so, you could access your language files (via FTP for example), search for this value and modify it. This would work but this modification would be overwritten during the next update.

The right way to do this is to create a language override: Joomla! now gives you the ability to replace any default text for any language thanks to overrides. Select Extensions → Language Manager → Overrides, then hit the New button.You'll be taken to the following page: 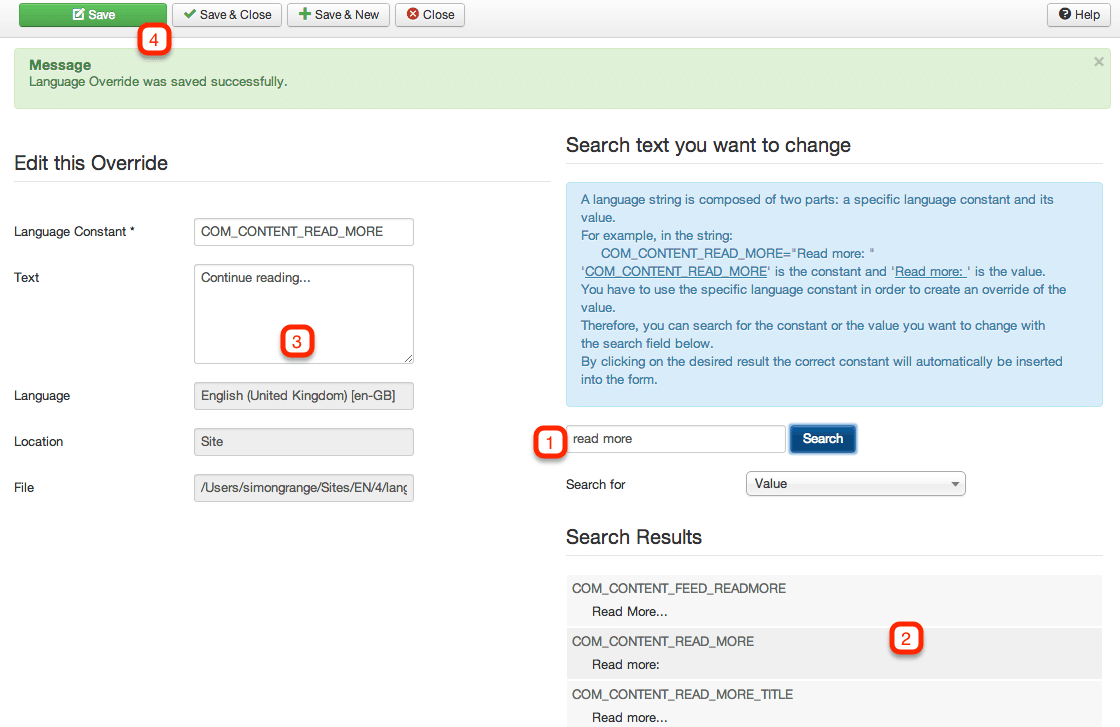 Use the Search feature (1) to search for "Read More", select the language string "COM_CONTENT_READ_MORE" (2) then, enter the new value ("Continue reading..." in our example) (3) and click the Save & Close button (4).

You can see the modification if you access the Frontend: 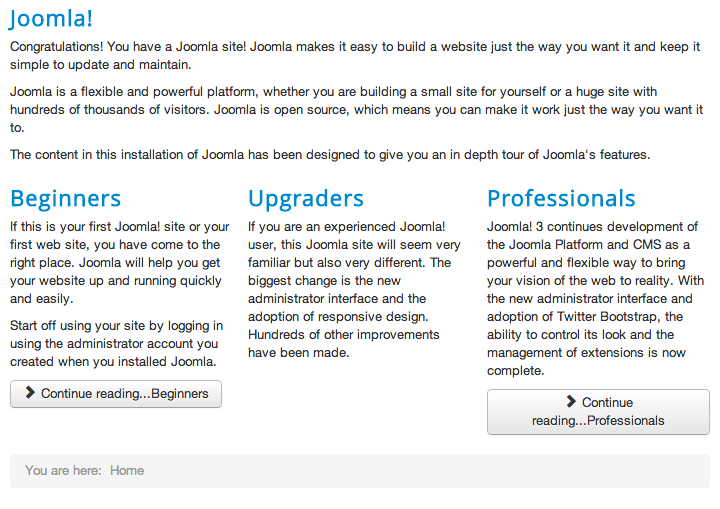 Install languages during the installation of Joomla!

Since the last versions, it is now possible to install additional languages while installing Joomla! itself. Moreover, since Joomla 3.2 you can create a multilingual website during the installation process of Joomla!.

The cart is empty 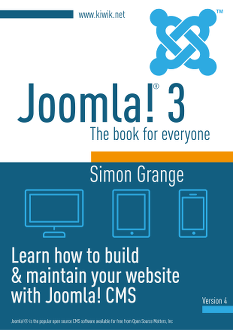