It’s such a simple question, but I usually find myself struggling to answer.

“Web design,” I eventually say, because I don’t want to take the time to explain how I really spend my days. People feign interest, nod, and the conversation moves on.

But it’s not the same. My answer is misleading. It would be more accurate if I said User Experience (UX) Design - but even this is a misnomer, and I’ll get into that later.

How did we get into a world where it’s hard to boil a job down to a few understandable words, even to people in the same industry? And anyway, what is the difference between UX and web design?

The History of Design on the Web

CERN had just launched the first public website and server. Called the WWW project, it provided information to visitors about technical details, how to launch your own website, information on other W3 projects, and more.

In their own words:

“The WorldWideWeb (W3) is a wide-area hypermedia information retrieval initiative aiming to give universal access to a large universe of documents.”

Or, phrased more simply, this was a tool to find information; a modern-day library at our fingertips.

Appropriately, then, the “design” wasn’t a design at all. As the purpose of the web was strictly utilitarian, the technology supporting it was strictly utilitarian too. Even if you wanted to introduce some visual elements, your options were pretty limited. In fact, the img tag wasn’t even proposed until three years later, in 1993. 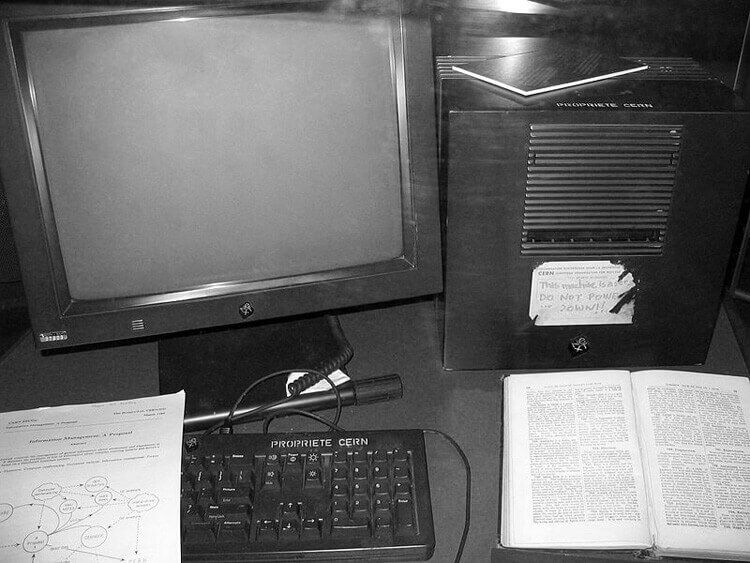 The first server - you can still see the sticker with “This machine is a server. DO NOT POWER DOWN!!” handwritten.
(By Coolcaesar at the English language Wikipedia, CC BY-SA 3.0, https://commons.wikimedia.org/w/index.php?curid=395096)

That same year, the browser Mosiac 1.0 was released, and as the World Wide Web gained in popularity, people started using the internet for all sorts of things, including online purchases, banner ads, and yes - even dating!

Within a few short years, the purpose of the Information Superhighway had expanded from connecting people and information to connecting much, much more. It was clear that in order to be effective, people and businesses had to get creative and stand out.

Tables to the rescue!

With browsers that finally supported images, it seemed like a beautiful, useful web was just within reach. Except, well, it wasn’t.

Enter the table. You remember those, right?

For lack of a better solution, in order to meet client needs and satisfy designers, developers took an element designed for organizing numbers and repurposed it. It worked, and for a long time “slicing” designs was the standard. After all, the only thing holding back complex design was how clever a developer was, and which tables would be nested where. CSS 1.0 was introduced in 1996, and while it mostly included properties for fonts and colors, every little bit helped.

With these tools, creativity flourished, and gems like the SpaceJam website were born. People wanted more, new, different things - so technology expanded to provide that. 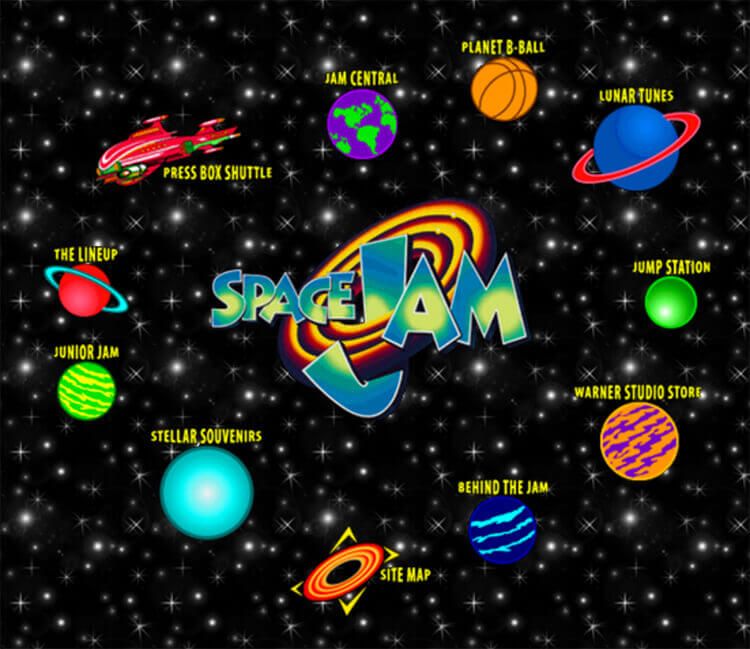 It’s still online!
(Check it out at http://www.warnerbros.com/archive/spacejam/movie/jam.htm)

Flash and the Dark Ages

Flash was introduced at the end of 1996, and by the end of 1997 all modern browsers supported it. At first the purpose of Flash was simple enough - it allowed users to play sounds and create basic animations. Eventually it was developed to the point where it supported video, advanced interactions, and developers could create an entire website solely with Flash and actionscript. Compared to what was available at the time, it was (and still is) a very powerful tool. As they say, however, with great power comes great responsibility.

It wasn’t long before all the “cool” designers were using Flash for everything, sometimes just for the sake of showing off. All too often, though, this cool and new technology was abused at the cost of a user’s experience. Flash-heavy sites took forever to load, and though the visual effects were beautiful, it was an unreasonable trade-off for most users who just wanted to get something done.

Around the same time, CSS 2.0 was introduced, and was adopted in major browsers by the end of 2000. For a long time, though, it was overlooked by designers in favor of the familiarity of “sliced” designs in tables and the power of Flash websites.

In an effort to encourage designers and developers to build more sites using CSS, and to “figure out what all this CSS stuff is about”, CSS Zen Garden was born in 2003.

As the original site stated:

“There is clearly a need for CSS to be taken seriously by graphic artists. The Zen Garden aims to excite, inspire, and encourage participation. To begin, view some of the existing designs in the list. Clicking on any one will load the style sheet into this very page. The code remains the same, the only thing that has changed is the external .css file. Yes, really.
<>“[...] To date, most examples of neat [CSS] tricks and hacks have been demonstrated by structurists and coders. Designers have yet to make their mark. This needs to change.”

For many designers, myself included, this was a source of inspiration and an excellent learning tool. While beautiful, bandwidth-heavy Flash sites were still popular, more and more beautiful sites were static, CSS-based, and placed content first. Slowly the CSS sites won out, as users began to show their preference for sites that loaded quickly and offered them a better experience. 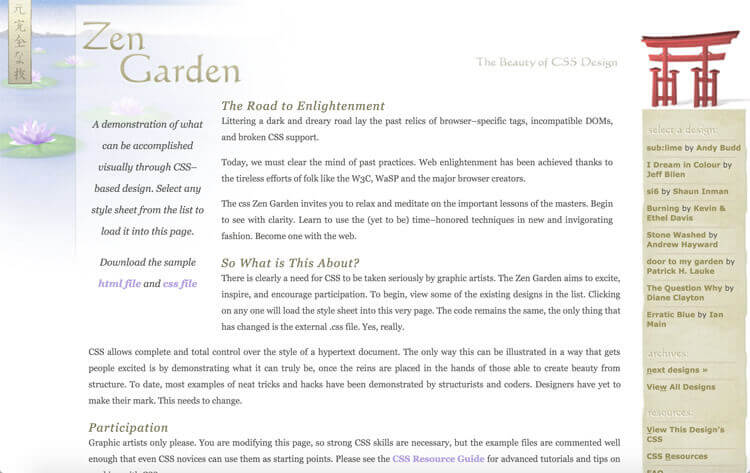 With the introduction of phones which were capable of browsing the full web (looking at you, iPhone), things started moving quickly. Hardware and software were being developed fast, outpacing each other, introducing mobile-specific -- no wait, grid-based -- no wait, responsive designs, and trends came and went with the passing of seasons.

Wait - this is still happening.

This is the world we are currently in. With the technology available at our disposal today, designers are free to take advantage of trends and ideas to create websites (and web apps, and native apps, and more) that suit their clients and users needs best.

But then, why do we have so many job titles thrown in the mix? We’ve gone way beyond Web Designer and Graphic Artist; now, we have things like UI Designer, UI Developer, Visual Designer, Interaction Designer, and UX Designer.

Ah, there’s that phrase again - UX Design. How does that fit into all of this?

Though the job title itself might be relatively new, the practice of caring about a user’s experience isn’t. (After all, who are we building these sites for?)

Take a look at the first half of this article. There are some statements emphasized from each of the sections, and once we connect the dots, we have this:

It was clear that in order to be effective, people and businesses had to get creative and stand out. People wanted more, new, different things - so technology expanded to provide that.

All too often, though, this cool and new technology was abused at the cost of a user’s experience. It was an unreasonable trade-off for most users who just wanted to get something done.

Users began to show their preference for sites that loaded quickly and offered them a better experience.

With the technology available at our disposal today, designers are free to take advantage of trends and ideas to create websites that suit their clients’ and users’ needs best.

Though it perhaps wasn’t always intentional, you can see that over time a user’s experience has evolved - and ultimately, entire technologies were abandoned and new ones developed in favor of experience.

Thus is the power of the user.

Today when we say “web design”, most people really are referring to the visual design of a website. A more “modern” term would be UI design, or User Interface design - the roles are similar. However, a web designer used to have to think about much more than just the look and feel.

In fact, many things that UX designers do now are the same things that web designers would have done 10-15 years ago. Through experience and time, these processes have been refined into things like:

Though some of it is visual, most of UX design is focused on research, data, testing, and analysis - which is why I insist that UX “design” is misleading.

After all, a user’s experience is a reaction to the finished product - and we don’t have absolute control over their reaction.

We do have some control over factors that influence it, though, and this is what we focus on as UX Consultants.

Did you read what I said above? Through the collective power of millions of users, entire technologies disappeared. When was the last time you saw a Flash site?

While that is on a much larger scale, the cost of having bad UX is much higher than the investment of creating a good user experience. If you’ve heard the phrase that “people vote with their wallets” - well, one way they do that is through their browsing habits. A good user experience keeps users coming back.

On a more holistic note, providing a good user experience is just part of being a good person. While it may sound silly, your website creates emotional experiences for people. How do you want them to feel when they leave?

UX is Here to Stay

As we move away from impersonal devices like our computers and move towards more integrated experiences (like the internet of things, and artificial intelligence) web design may become irrelevant.

When technology changes the specific processes we use may evolve - but the consideration of who uses it and how best to serve them always has and always will be important.

As you go through your next website project, I encourage you to talk to your users. It makes good business sense, it helps you prepare for the future, and it’s simply the right thing to do.

Next time you’re asked what you do, you can say “I design user experiences” - and be proud of it! 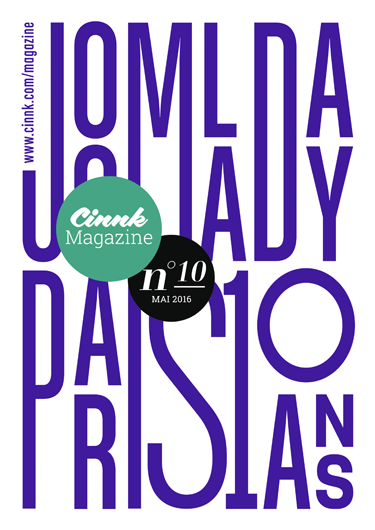 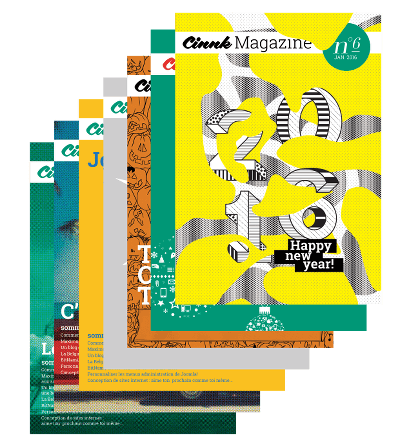